…born in 1957 in Skellefteå in the very north of Sweden. Holmlander received his diploma in classical tuba in 1983 at the Royal Academy of Music in Stockholm with Michael Lind as a teacher. Holmlander has always worked simultaneously with improvisation, jazz and rock music as well as classical   and contemporary music.

Per-Åke has participated in more than 100 records and 1800 theatrical performances. He has given concerts in 39 countries and he is since December 2008 a member of the government run – Musikalliansen. 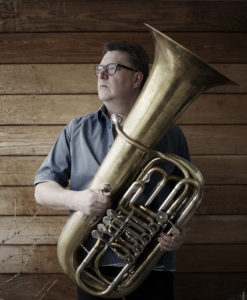 ”The art of improvisation is the reward of careful preparation.”